Saturdays operated on a different rhythm than the rest of the week. Administrative staff – and most of sales and marketing – took the day off, so there were fewer distractions like meetings. Guests usually had fewer scheduled activities, which meant less to set up and cater; in fact, they usually slept later, which meant a slow, steady diet of requests instead of the mad-dash between 7AM and 9AM. Truthfully, Saturday wasn’t a bad day to work. In fact, you could easily coast without a tie until about Noon.

One such Saturday, when I should have been in my office working on budgets, forecasts, or schedules, I decided to hang out in the Command Center. (Let’s be clear: My “office” was a counter and a filing cabinet in the back of the Room Service kitchen; its only asset was proximity to the five gallon Fetco brewer that was always filled with hot and tasty Starbucks coffee.)

Kenny the Dispatcher (who was deaf in one ear) was holding fort, while Chrissy, Rhonda, Jeannie, and Judy were sitting around, dishing the dirt about fashion mags and generally being catty about the rest of the staff. I brought in coffee service from the kitchen, and for giggles even fielded a few guest calls.

“Oh my God, yall, Binney has a headset on!” cried Chrissy. They loved it. Remember, I was “aloof” – that is, I delegated appropriately – so I was rarely on the phones, and I never spoke over the radio.

My taking the occasional phone call was actually a curiosity for them – and a welcome laugh.

It was quiet, so we had moved into such heady conversation as “prom season”, “Will and Grace”, and “who wore it best.” In one corner of the room, though, I could sense Kenny’s frustration. Not with us, but with some of our bellmen, or “Agents” as we called them.

I sensed this frustration thanks to my keen insight into reading body language and subtext – Kenny threw his radio microphone against the wall as hard as he could, grabbed his temples with both hands, and yelled, “Unnnnnnnnnnnnrrrrrh!”

Then he took a deep breath, picked up the mic, and tried again. “Base to Agent 938, what is the status of the delivery?” (Radio protocol dictated we don’t use names, we use callsigns; ours were numbers in the 900 range. I was “999” – the highest of the high. An honor, indeed.)

I toggled my computer screen to see what was on Kenny’s: Agent 938 – that is, Jack the One-Handed Bellman – had been assigned to deliver a hair dryer to a room over 20 minutes ago, and it had not been completed. Our standard of service was less than 15 minutes; Kenny’s PC started alarming at 11 minutes.

Jack the One-Handed Bellman kept a pocket copy of the union contract in his uniform jacket; he had been in the same job for 23 years, and challenged any assignment that didn’t guarantee a tip. With the possible exception of Angry Danny (also a bellman/agent) or Crazy Kenny (the valet who took the bus to work because he was afraid to drive, not the telephone supervisor who was deaf in one ear), Jack the One-Handed Bellman routinely tiptoed closest to insubordination. If he didn’t want to do something, he wouldn’t do it – until I or one of my managers specifically said, “Jack, I am your manager and I am telling you to…” (And then it was guaranteed that, as soon as he was done complying, he was calling Sambucca, his union rep).

And now, on a seemingly easygoing Saturday morning, Kenny was dealing with him. “Uh, yeah, Base, this is 938. I think you’d better get someone else to do that.”

This is going out over the hotel radio network; every walkie-talkie in the building is listening in.

“I am waiting for a nearby checkout.” (Read: Tip).

“Agent 938, I can’t assign you a checkout until you complete this.” Technically he could, but good on him for lending himself some authority. Even if he didn’t really have it.

“I just think it would be better if Housekeeping did that. They should have someone on the floor already.”

A guest calling for a hair dryer is probably standing around with wet hair while this is playing out.

“Um, Base, why don’t you find me a checkout nearby and I’ll take it up on my way.”

The women in the Command Center weren’t paying a lot of attention to this – this behavior was not atypical. Maybe Jack the One-Handed Bellman was a little more aggressive (in both avoiding dull work and negotiating assignments) than his peers, but this wasn’t surprising anyone.

“Yeah, uh, Base. Do you even know if there are hair dryers in the supply closets? I don’t want to waste my time looking for-  I mean, last time I went to deliver-“

I pushed my wheeled desk chair from one side of the room to the Dispatcher’s station, and literally took the microphone from Kenny’s hand.

I keyed it. “Jack, do you know who this is?” Security had written up the last dozen people who had used proper names on the radio.

“Listen carefully, Jack. Right now, you are faced with a choice.”

I paused, partly for effect, but mostly to figure out what that choice was. “And the choice is this. You are either a Man of Action, or a Man of Excuses. Which is it going to be?”

It was like a bomb had gone off. The Command Center was silent. Room Service agents slowly walked over to the window to peek in. Saturday Captain Ben stared, smiled, and started laughing.

Chrissy broke the silence. “Damn, yall, he just schooled 938! I want to be a Man of Action!”

Judy shook her head dismissively. “I don’t know what no Man of Excuses is, but I don’t want to be one of ‘em.”

Jeannie stood up and flexed her biceps, Charles Atlas-style. “I am a Man of Action!”

Kenny slowly took the microphone back. Not knowing what exactly to say, he keyed it. “Uhhhhh… OK, thanks 938? Let me know when that’s complete?”

And thus was borne Binney’s Third Law, my guiding force for getting shit done:

You Are Either a Man of Action

Or a Man of Excuses

That was it – two choices. Get it done, or put your tail between your legs and admit you’re not a man at all.

I suppose it is here that I should underscore that the word “Man” in “Man of Action” has literally nothing to do with gender, gender identity, or genitalia. I had more women on my staff who were Men of Action than men. There was Juice the Dispatcher who ruled the airwaves with precision clockwork; Carrie the Manager, who (other than the fact that she wore white shoes before Memorial Day) was a brilliant and active operational leader; Chrissy, who was fearless; regional director Mitzi – the list goes on. I’ve been married to a woman for nearly 25 years who gets more accomplished in a day than I conceive in a month. But the phrase “Men and Women of Action” doesn’t flow right, and “People of Action” sounds like a civil unrest network. So, please forgive this pigheaded, misogynistic use of English. If for some reason you can’t, if it is just too much to bear, return this blog for the full purchase price, with my apologies. Otherwise, let’s continue.

I put my chair back, picked up my coffee cup, and retired to my office. I don’t know if dropping the mic was a thing then, but I wish I had done so.

I could hear the chatter from staff in the kitchen while I worked on the budget forecast. People

couldn’t believe that not only had I been on the radio, but that I finally gave Jack his comeuppance. They also were quick to point out that Security should write me up.

It had stuck. In less than two hours, it was part of the gossip mill. Touchdown. “Carrie, I think it may be our brand.”

At the time – the end of the last millennium – business literature was full of stories on the import of properly articulating “vision” and “mission” statements. Without a well-crafted Vision, so said the Wisdom, you were doomed for failure. And even well into the 21st century, I work with clients that put an inordinate effort into shaping that single sentence.

We tried our hand at “Vision” and “Mission” statements (“We will foster a spirit of continuous improvement….”), to no avail. It was a lot of effort to wordsmith with other managers and executives, but when it made it on to the field – where it mattered – it was barely noticed.

When I stumbled across the concept of being a “Man of Action”, I found something. It immediately resonated with staff. The distinction between “action” and “excuses” was clear,

Up until then, in order to foster that sense of empowerment, when a staff person would come to me with a tactical question, I would always reply with, “Well what do you think we should do?” That’s Management 101 – Build Buy-In, the thinking being even if it’s not the optimal solution, it shows your staff that you trust them and want them to take charge. In truth, it frustrated them. “If I knew what to do, I wouldn’t have asked.”

Now I had a better reply. “Well, what would a Man of Action do?” 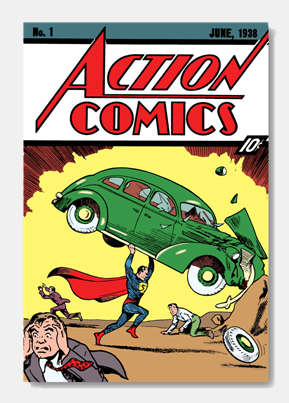 Whenever deciding on what to do next, ask that. If you can’t find an answer, ask, “What would a Man of Excuses say?” – and then do exactly not that. It’s a deliberate push for people to have a bias for activity, for “Action”, for getting things done.

No one who “took Action” – even if it was entirely the wrong action – was ever disciplined. If they totally blew it, we treated it as a learning opportunity. If they took a swing of the bat, even if they put the ball through Mrs. Kravitz’ front window, they were lauded.

I wanted my staff to lean toward Action – doing something, anything was better than doing nothing – but I didn’t want people to jump forward without thinking about what they were doing. In this case, thinking meant “don’t be paralyzed”, not “talk yourself out of what needs doing.”

A Man of Action is “holistic”: if she sees things falling apart, she jumps in to help, but not if it causes more harm than good. (Sometimes when Kenny would not get responses to radio assignments, he would pop out and make deliveries himself –Action, rather than Excuses. But, by leaving his post as dispatcher, he was actually causing more calls to back up, or overtaxing the operators, who were his primary responsibility – so that’s not the best Action.)

A significant part of our job was covering for other departments – people called us because Housekeeping, or Maintenance, or even the Front Desk dropped the ball. We were the “Hero” department. A Man of Excuses laments that, and wonders why he has to spend so much time fixing other people’s mistakes.

A Man of Action is not distracted; a Man of Excuses will find other things to do to “keep busy” rather than confront the issue head on.

A Man of Excuses is obsessed with what other people are doing, if they are busier or making more tips than he is; a Man of Action knows his cause is just and true.

A Man of Excuses replays yesterday and worries about what might-have-been; a Man of Action lives in the moment.

A Man of Action knows that it’s not about her: When she’s needed, she’s needed. A Man of Excuses wants others to adjust to his schedule or workflow.

A Man of Action, when inspired, puts his ideas into effect. There will always be flaws to your thinking and risks to overcome. But only a Man of Excuses waits until conditions are perfect.