The following appeared on Kepner-Tregoe’s “Clear Thinking” blog. It has been modified from its original post.

With the return of British secret agent James Bond in Spectre, moviegoers around the world once again reveled

in an epic adventure set in the high-stakes world of project management. No, Agent 007 is not an example of a good project manager (it pains me to say, he would not make a very good consultant, either); rather, it is the titular agency that has built a legacy of solid project skills.

The organization SPECTRE– the SPecial Executive for Counter-intelligence, Terrorism, Revenge, and Extortion – has chartered projects for over five decades, with the singular vision of destroying western civilization.

Typically, we are only offered a glimpse of SPECTRE’s project team meetings in the movies – after all, status updates are boring in any industry, even when held in that cool top-secret Parisian conference room from Thunderball. However, in 1962’s From Russia with Love, we witness a close-up treatise on how Ernst Stavro Blofeld and his evil organization scope and plan their diabolical work.

Early in the film, chessmaster Tov Kronsteen is summoned to SPECTRE’s headquarters for what is essentially a Stakeholder Review (or perhaps the most dour kickoff in

history). Running the meeting is Persian-cat-stroking maniac Blofeld; the portfolio manager of all things “World Domination”.

Joining Blofeld and Kronsteen (“Number Five”) is the Project Sponsor, Rosa Klebb (“Number Three”). Her sponsorship skills leave a lot to be desired: While she is literally hands-on in recruiting and gathering resources for the project, her early skepticism of its success, as seen in this meeting, would be difficult for many project managers to overcome. Nevertheless, Kronsteen must have had his Kepner-Tregoe “Project Management” process card, because he does a fine job presenting how he has scoped and defined this project:

Kronsteen tells his colleagues that the project’s scope is to “steal from the Russians their new Lektor decoding machine”. As a project statement, that is spot-on; I would counsel SPECTRE to include time frame and cost estimates included in this statement, but it is hard to know how far into the approval lifecycle this project actually is. That said, there are times when clients need to keep project information confidential, even from their trusted advisors.

Many project managers – in fact, many managers generally – tend to assign responsibility for work before understanding what is required for success. At KT, we would encourage PMs to first identify what knowledge and skills are needed to complete the work, before negotiating resources.

I also coach project managers to spend the extra effort clarifying the needs; rather than listing “admin duties”, actually detailing “ability to take detailed notes in meetings, distribute concise minutes, maintain version control of documents”, for example. When Klebb first mentions she has found a “suitable girl” for the project, clear thinkers everywhere surely cringe; but as she continues, she articulates what exactly would make one suitable: she has sought someone who is “capable, cooperative, and [whose] loyalty to the State is beyond question.” 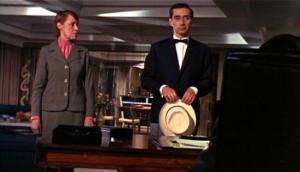 Projects typically do not derail because people screw up on what is in the plan; they turn pear-shaped over what is left out of the plan. An intentional review of key deliverables (such as KT’s Potential Problem Analysis) helps project managers identify – in advance – where the execution risk is in their projects, and plan ahead, both by preventing problems and by having a quick response plan at the ready. As an organization, SPECTRE is no less demanding.

“Kronsteen, you’re sure this plan is foolproof?” Blofeld asks.

“Yes it is,” the evil chess-playing strategist replies, “because I have anticipated every possible variation of counter-move.”

Ultimately, it was one unforeseen slip-up that proved the undoing of the entire plan. SPECTRE’s assassin Red Grant joined 007 for dinner on the Orient Express, but orders red wine with his fish. This naturally tips Bond off as to Grant’s savagery; surely, a solid PPA on work package “5.1.2 – Bond Girl Drugged” would have ensured Grant maintained proper etiquette with his cover.

Project managers often struggle with this – it sounds so simple, to extract extra benefit from a project, but identifying the opportunities can be a challenge for many. But not for Kronsteen, and not for SPECTRE!

The key deliverable of this project, as stated, is to steal a top-secret Russian decoding device; objectives included Maximizing collateral damage to world intelligence agencies. Kronsteen certainly completed his worksheet to find a potential opportunity: “As an added refinement, I think that SPECTRE would probably have the added chance of a personal revenge for the killing of our operative, Doctor No. Because the man the British will almost certainly use on a mission of this sort would be their agent, James Bond.”

Among the Promoting Actions he took was to select a Russian counter-spy so attractive, even 007 would ignore the obvious trap.

You’re sure this plan is foolproof?

(At my firm, we advised our clients that “protecting the plan should have priority”, to make sure they reduce risk to an acceptable level before chasing potential opportunities. In this instance, the opportunity to capture Bond ended up leading directly to the scheme’s undoing. Someone should have recognized this; perhaps SPECTRE needs a Communication Matrix?)

Question to the Void

Blofeld closes the meeting by asking a superlative question: “What else?”

Earlier we mentioned that Blofeld is more of a portfolio manager than a sponsor, which is fitting for someone of

his stature in the organization. SPECTRE does not waste its time chasing fads, or launching projects on a whim. In short succession after this project, he will hijack nuclear bombs (in 1965’s Thunderball), open a space operations center under a Japanese volcano the following year (You Only Live Twice) and, by the end of the decade, direct a scientific research facility high atop the Swiss Alps (On Her Majesty’s Secret Service.)

Results like that don’t come from holding a Scrum every two weeks; Blofeld is clearly taking a disciplined, programmatic approach to ensure that each the objectives of each activity roll up to his overarching strategic goals. Tying individual projects to a larger plan, and managing them with common tools and measures, is a smart way to play the complexities that Blofeld and SPECTRE face. From the few project meetings that have been filmed, it is obvious that Blofeld is using a careful stage-gating approach to ensure his organization’s work is well-orchestrated.

Though his activities seemed to come to an end in 1981 when Bond dropped him from a helicopter in to the stacks at Battersea Power Station, he does appear to live twice (spoiler alert!) in 2015, silently overseeing a global organization and dozens of projects.

As we have seen time and again, SPECTRE charters, funds, and launches projects of jaw-dropping scale, but has yet to achieve its goal of Worldwide Domination. In addition to beefing up its “execution” skills, Blofeld needs to sponsor 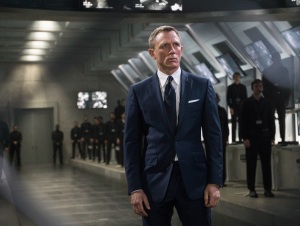 a spirit of openness and inquiry to improve the group’s ability to identify project threats. Truth be told, a small Agile team may want to focus on dealing with that James Bond issue: if there ever was a need for being able to move a deliverable through many iterations quickly, it is there.

Good project discipline does not guarantee project success; good portfolio management helps determine whether or not a project is worth doing as it relates to the organization’s values (e.g., “good projects” and “bad projects”) – but does not necessarily distinguish between good and evil projects. When the time comes for worldwide domination, few things can top a well-designed and well-executed project plan.

That most sinister of organizations, SPECTRE, routinely defines and plans its projects with textbook precision; thankfully for civilized society, its project implementation skills remain deficient.